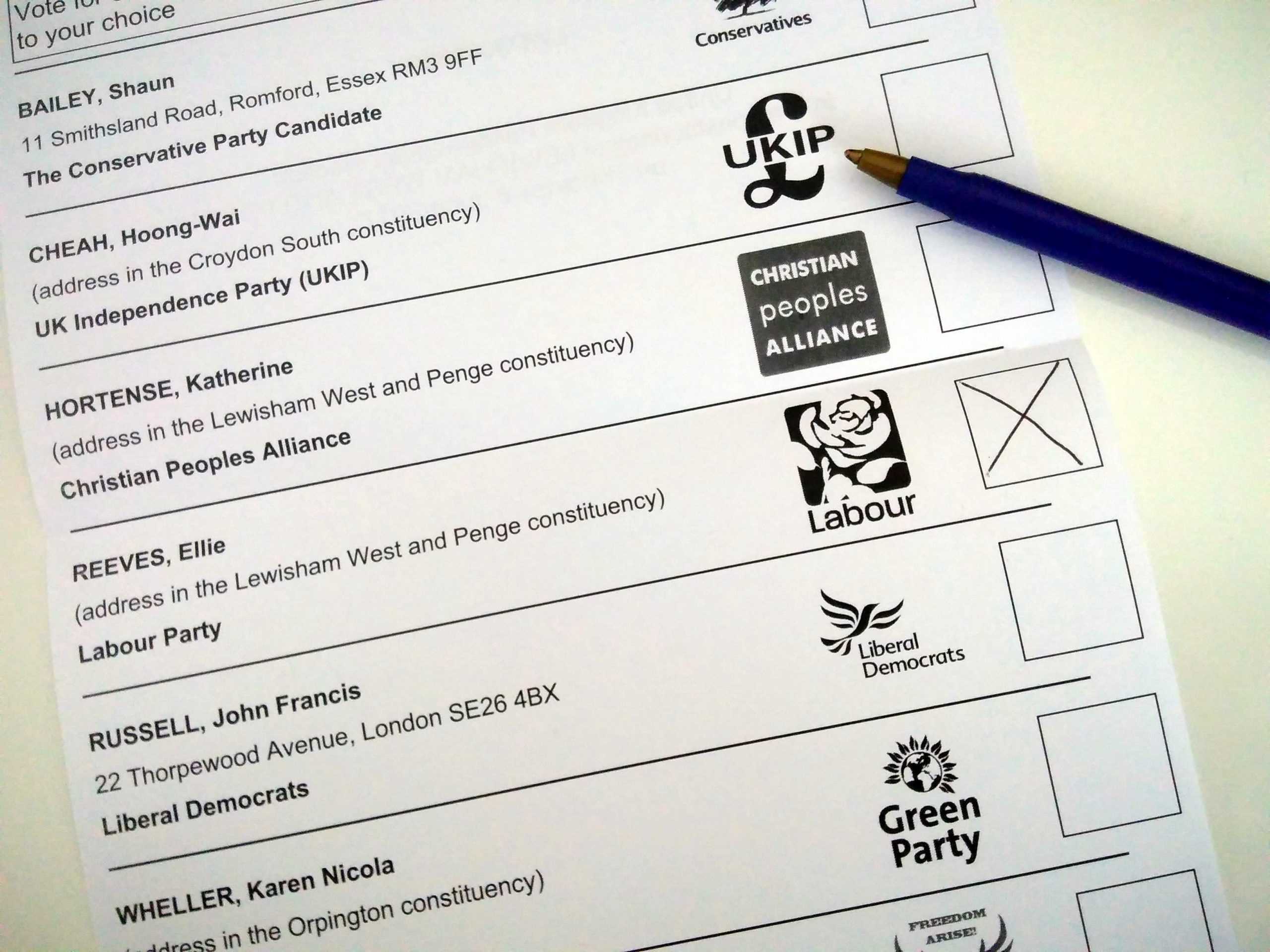 Thanks for coming to read this blog post. I’m probably preaching to the choir here, but… REGISTER TO VOTE. Right now, because the deadline is today. The majority of people are already registered to vote, and most of them will vote. Don’t miss out.

So here’s where I stand, for what it’s worth. I’ve been having a look at the manifestos and at my local candidates. I’ve never voted for Labour before, but I will be doing this year. Here are the 5 main reasons they’ll be getting my vote on June 8th. None of them are tactical.

1. For the good of your health

Thanks to unachievable ‘efficiency’ targets enforced by the current government, the NHS is seriously struggling to stay afloat. It doesn’t have enough money to keep up with demand.

Labour promise £30 billion over the next 5 years, which still isn’t enough, but would take us some way towards filling the hole that was created when spending increases pretty much stopped in 2010. The Conservatives, meanwhile, offer £8 billion. And even that would probably involve some serious bending of the truth.

A lack of funds is the main issue for the NHS right now. But there are also some good ideas in Labour’s manifesto. There’s focus on ensuring safe staffing levels (one of the current government’s failures) and allocation of a greater proportion of funds to child mental health. One of the most interesting ideas is the proposal for a National Care Service, supported by an additional £8 billion of investment. This could support the long-overdue changes that are needed in social care, that the current government has ignored.

The Lib Dem manifesto seems pretty good on health too, and has some nice ideas of its own. It’s just a bit less ambitious and underestimates the extent to which the NHS needs greater financial support. The Green Party haven’t released their manifesto yet, though I expect it will be quite similar to Labour’s on health.

2. For the sake of the economy

The Labour manifesto says that we need to “upgrade our economy”, which is true. We have a crisis in productivity that requires action. Labour’s proposed National Transformation Fund is about providing the investment that could help solve our long-term economic problems. A big part of this long-term remedy is the inclusion of a Fiscal Credibility Rule, which would prevent the government from overspending on things that won’t generate value in the future. Labour would also create a National Investment Bank, which (they estimate) would facilitate £250 billion of private investment in regional development and local businesses.

The Conservatives have long struggled to understand basic economics. It’s why the deficit has grown so much in their hands. Considering the Conservatives’ kamikaze approach to EU negotiations, it could be that they just don’t care.

One of my old economics lecturers has an article that covers the question of whether Labour’s manifesto pledges ‘add up’. They do.

3. Because workers used to have rights

One of the defining features of our recent economic history is that the economy has been growing but wages have not. It’s because our employment rights have been stripped away and the trade unions prevented from doing their job. Crippling trade unions is a Tory pastime, of course, and it’s no surprise to hear Labour say that they will work with the unions.

But the Labour manifesto could be a game-changer. Labour outline a 20-point plan for the reinstatement of workers’ rights, including banning zero-hours contracts and unpaid internships, preventing employers from recruiting cheap labour from abroad and introducing a (real) living wage.

The Conservatives, meanwhile, have very little to say on the matter. Except that they will continue to support a fake ‘living wage’. The Lib Dem manifesto also does not say much on this issue, suggesting that they don’t appreciate how damaging the current situation is to our society.

4. Because my local candidate is working for it

Your local MP could be way more important to your day-to-day life than Jeremy or Theresa. I live in a relatively safe Labour seat, but our MP has recently stood down after 25 years. Our new Labour candidate, Ellie Reeves, seems like a good egg. Most importantly, she is working hard on her campaign. Ellie’s background as a trade union lawyer makes her the kind of person I’d like to see in parliament.

5. It’s better than not voting

Yes, our democracy is broken. Capitalism is broken. Society is broken. But they aren’t going to be fixed or replaced within the next 2 weeks, and a lot of people are having a really difficult time right now. I’m not going to ask them to wait until we figure out how to bring an end to the neoliberal experiment. We at least need a government that can get us through the next 5 years without increasing homelessness, sending people to food banks, crippling the NHS, and all the while letting Amazon and co walk away with what’s rightfully ours.

No one party is ever going to represent my views perfectly. I don’t agree 100% with everything in the Labour manifesto, and my vote doesn’t imply that I do. But what’s the alternative? There’s nothing heroic in spoiling your ballot paper. Vote for whichever candidate you think will do the best job of representing you. Right now, Labour is the only party offering real solutions to the country’s problems.

So that’s it, really. VOTE. Register here. If you think you’re registered but you haven’t received a polling card yet, you can check. If you’ve always voted for the same party, ask yourself why that is. If you’re not sure who to vote for, visit Vote for Policies. Go and find out what your local candidates have been up to in the last couple of weeks. If they’ve been an MP before go and look at their voting record. Stop reading newspapers. Every winning party since 1979 has been supported by the scumbags that run The Sun. Go and find out for yourself what the parties are offering you. FullFact can tell you if they’re lying.